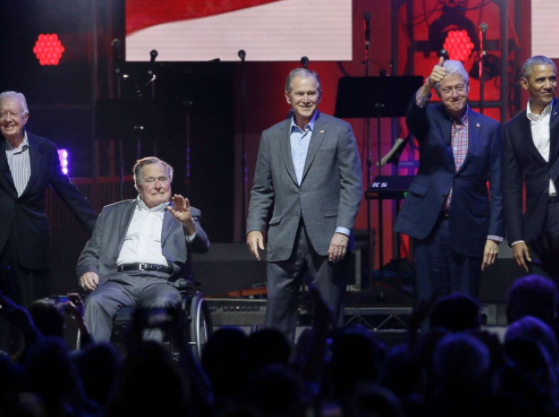 Former presidents Barack Obama, Bill Clinton, Jimmy Carter, George W. Bush, and George H.W. Bush, attended the “Deep From the Heart: The One America Appeal” concert over the weekend to raise money for those devastated by the recent wave of hurricanes. All proceeds and ticket sales will go toward the recovery of the places these hurricanes hit. Current President Donald Trump also made an appearance via skype to voice his support in the efforts put forth by the 5 aforementioned Presidents.