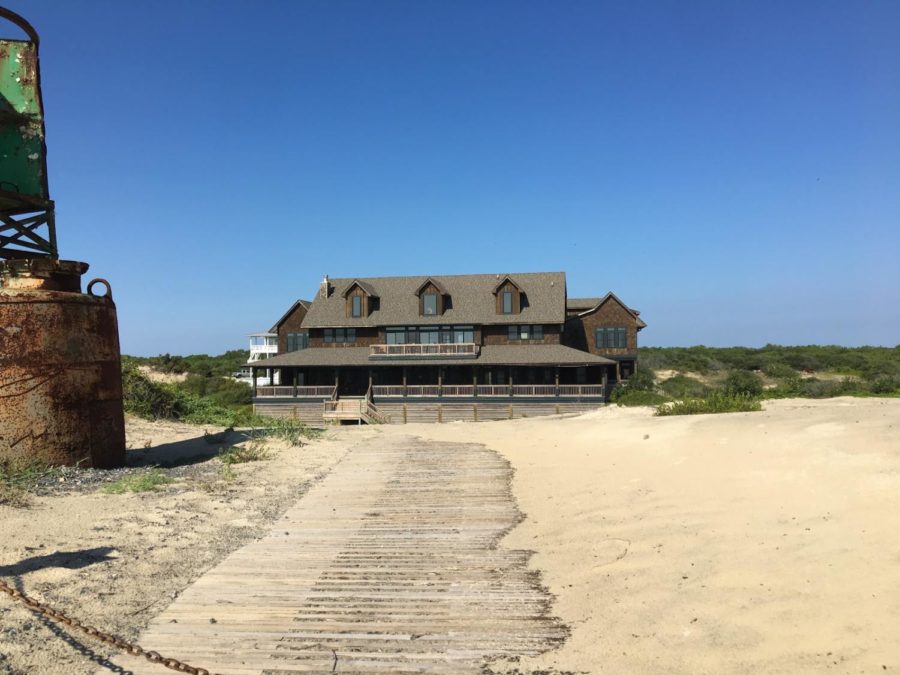 Anyone would assume that this multi-million dollar mammoth of a beach house called the Chesapeake, would be making its owners a fortune with its 22 thousand dollars price tag per week. But they would be wrong, in 2016 when a North Carolina court ruled that this 24 bedroom house with enough dining area to seat 50 people is not a single-family home. The house has a main building that has a dining room and a kitchen. There are 2 wings filled with bedrooms that are perpendicular to the main building. Behind all of that are a private bar, a beautiful pool, and a pavilion.

The owners of a neighboring house (white house on the left) have sued Elizabeth Letendre, the owner of the Chesapeake arguing that it was not a residential building. It was first built as three different buildings in one which allowed it to bypass the 5000 square foot setback rules. Then to make it a single-family home they connected the separate buildings with hallways. Finally, the home was finished and rented out. Unfortunately for Letendre in January 2019 it was overruled and cannot be rented out anymore. This allowed it to only be rented out for a year. There are only two options, move it back or destroy it.

But for now, instead of being the “most unique and exquisite” property, it remains an empty decoration covered in ABSOLUTELY NO TRESPASSING signs on the beach of Corolla Outer Banks.