Mason Rudolph Gets Attacked By Own Helmet 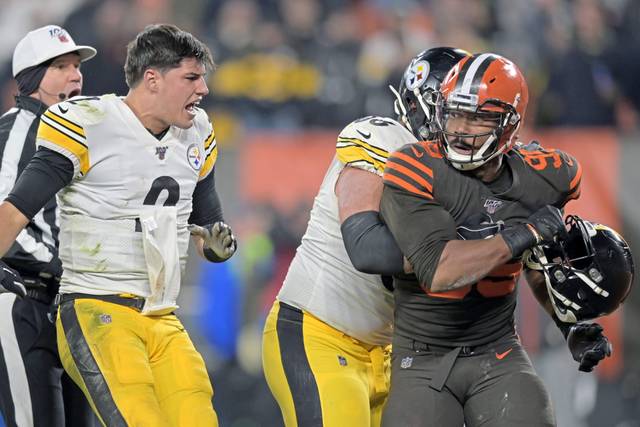 On November 14th, 2019 in the final seconds of the Browns vs Steelers game Mason Rudolph was attacked with his own helmet. And who was the culprit of it? Myles Garrett, after a scuffle between Myles and Mason, Myles aggressively dragged Mason by his helmet and ripped it off. While the Steelers lineman and back judge tried to break it up. Myles slammed the helmet on Mason’s head and Steelers lineman tackled Miles to break it up. Myles Garrett is suspended indefinitely for the remainder of the season while Mason got away without a concussion.