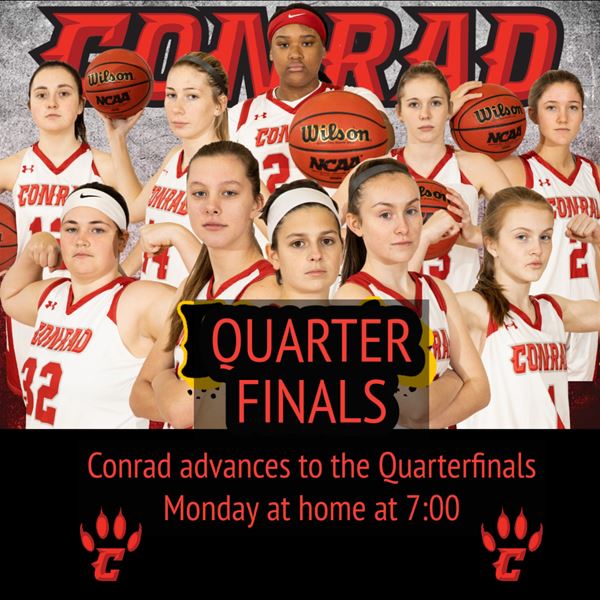 The Conrad’s number one seed team took on Archmere Academy on Monday, March 10th, at Conrad’s home court. The standing room only game ended in a final score of  59 – 24, with Conrad taking the win and moving up to the semi-finals. Senior Julie Kulesza, and junior, Stefanie Kulesza, our sister duo, each had seventeen points. Stefanie had three-3-pointers, followed by Julie with two-3-pointers. Behind the Kulesza sisters, Ny Whittlesey put up eleven points on the scoreboard for Conrad. The girls will be playing St. Elizabeth’s High School at the Bob Carpenter Center at 8 pm, Wednesday night. CONRAD FAMILY! LET”S RALLY!