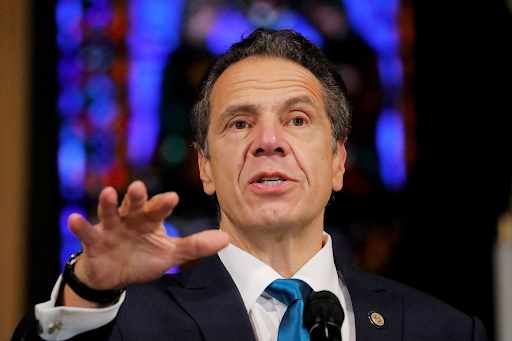 On February 17, 2021, the U.S. attorney in Brooklyn and the FBI began a preliminary investigation into the way New York Gov. Andrew Cuomo’s administration handled data about Covid-19 nursing home deaths. After early praise for his leadership when his state became the U.S. epicenter of the pandemic, the governor is now dealing with accusations of underreporting nursing home deaths. In recent weeks, the administration revealed that 15,000 long-term care residents have died, up from the 8,500 previously disclosed. “As we publicly said, DOJ has been looking into this for months. We have been cooperating with them and we will continue to,” a senior advisor for the governor, Rich Azzopardi, said Wednesday night.

Last month, state Attorney General Letitia James released a damning report that said the state Health Department underreported the Covid-19 death toll at nursing homes by as much as 50 percent. And last week, Melissa DeRosa, Cuomo’s top aide, said that the state held off on releasing the fuller death count in August because of fears that President Donald Trump would use the information against Cuomo. On Monday, the governor acknowledged that “things should have been done differently” and insisted that “lessons were learned.”

New York was hit hard in the early days of the pandemic, and until recently the state led the country in Covid-19 deaths. It had recorded 47,301 as of Wednesday, second only to California’s 47,670 deaths, according to the most recent NBC News data. Most of New York’s deaths came in the early days of the pandemic when public health officials were trying to figure out how the coronavirus was spreading. The U.S. Eastern District is likely handing this investigation in part because U.S. Attorney Audrey Strauss for the Southern District is the mother-in-law of Cuomo’s aide DeRosa and would have to recuse herself and her office.