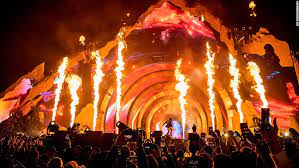 On Friday night, November 5, 2021, 8 people were killed and hundreds were injured at Travis Scott’s Astroworld music festival in Houston, Texas. A large crowd started pushing towards the stage which caused people to be trampled and suffocated. The crowd at Mr. Scott’s concert was so large that there were reports of people struggling to breathe throughout the concert. Although some people were unconscious or injured, Travis Scott proceeded to continue the show. He claimed he did not see the emergency vehicles in the large crowd. Mr. Scott has had multiple offenses for inciting violence at his concerts. However, he has promised to cover the expenses for the victims’ funerals and will be refunding everyone their money after that horrific night.