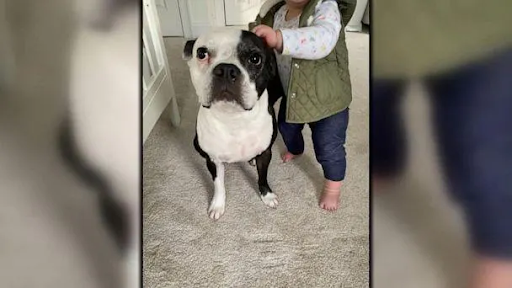 Henry, an eight-year-old Boston Terrier dog, is now being called a hero after warning his owners that their nine-month-old baby was in need of help. It was reported that Henry continually barged into the nursery, head-butting the door, and refused to leave the nursery. Henry’s strange behavior caused the Dowlings to go into the nursery, where they found their daughter, who had a cold, having trouble breathing. Kelly Dowling stated to Good Morning America, “She started turning blue and going rigid and she just really couldn’t, she couldn’t get air, couldn’t get any oxygen.” The Dowlings rushed their baby to the hospital, and she was able to get her airways cleared.