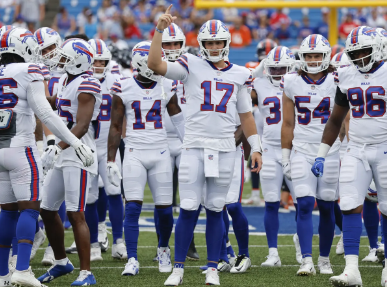 Josh Allen and the Bills are on a roll, winning 41-7 against the Titans. In the first quarter of the game the Bills struck first, but then were later answered back by the Titans with a rushing touchdown from Derrick Henry. The teams weren’t scoring and when all the hope was lost in the Bills offense, John Allen found Stefon Diggs for a touchdown which put the Bills up 14-7 to go into half time. This set the tone for the rest of the game and led to Stefon Diggs putting up an insane amount of yards and tying his career high with 3 touchdowns. The Bills are now looking to dominate in a rivalry game against the Dolphins.